Cookie preferences
This website uses cookies, which are necessary for the technical operation of the website and are always set. Other cookies, which increase the comfort when using this website, are used for direct advertising or to facilitate interaction with other websites and social networks, are only set with your consent.
Configuration
Technically required
These cookies are necessary for the basic functions of the shop.
"Allow all cookies" cookie
"Decline all cookies" cookie
CSRF token
Cookie preferences
Currency change
Customer recognition
Customer-specific caching
Individual prices
PayPal payments
Selected shop
Session
Comfort functions
These cookies are used to make the shopping experience even more appealing, for example for the recognition of the visitor.
Note
Statistics & Tracking
Affiliate program
Google Analytics
Track device being used
Categories
Information
Information 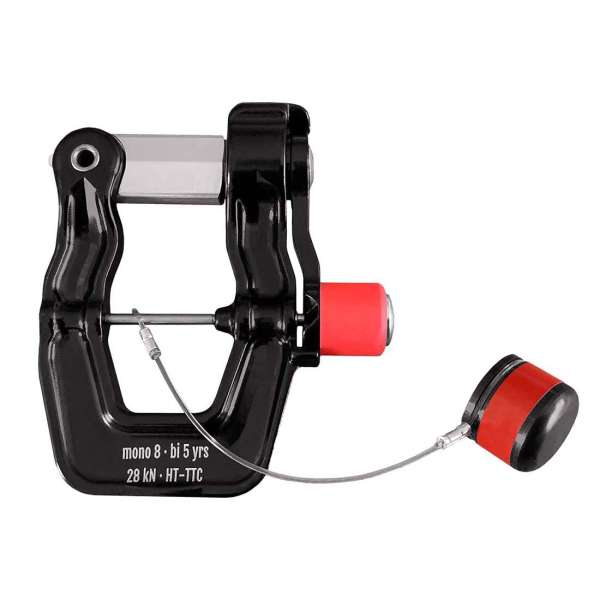 The Finsterwalder PARALOCK is a paragliding carabiner with convenient handling and long replacement interval for mono and tandem use.

With a conventional paragliding carabiner, separation under load is hardly possible. However, in certain situations this can not only be useful but even life-saving - e.g. when landing in moving water or in strong winds. Also after an emergency parachute deployment, it may be necessary and in any case recommended to disconnect the paraglider. The PARALOCK eliminates the need to carry a line cutter or to pull in the paraglider which costs valuable time.
The PARALOCK's separation function is also useful in other sports, for air and water rescue, and in parachute harnesses.

Easy operation even with gloves: After inserting the paraglider risers, the PARALOCK locks and secures itself automatically. The carabiner is opened by a 120° turn of the release lever against spring force, whereby the lever can only be unlocked after a button is pushed.
A security cap over the release button reliably prevents the PARALOCK from being opened unintentionally.

Demo video of handling
Video: Separation of the paraglider after an emergency parachute deployment

The V-shaped belt chamber for the harness is designed to correspond to the pulling directions of the main risers and the back strap.
In some pod harnesses, the pod is attached separately (e.g. in the Advance Impress 4). The pod loops can be inserted above the harness chamber separating screw.